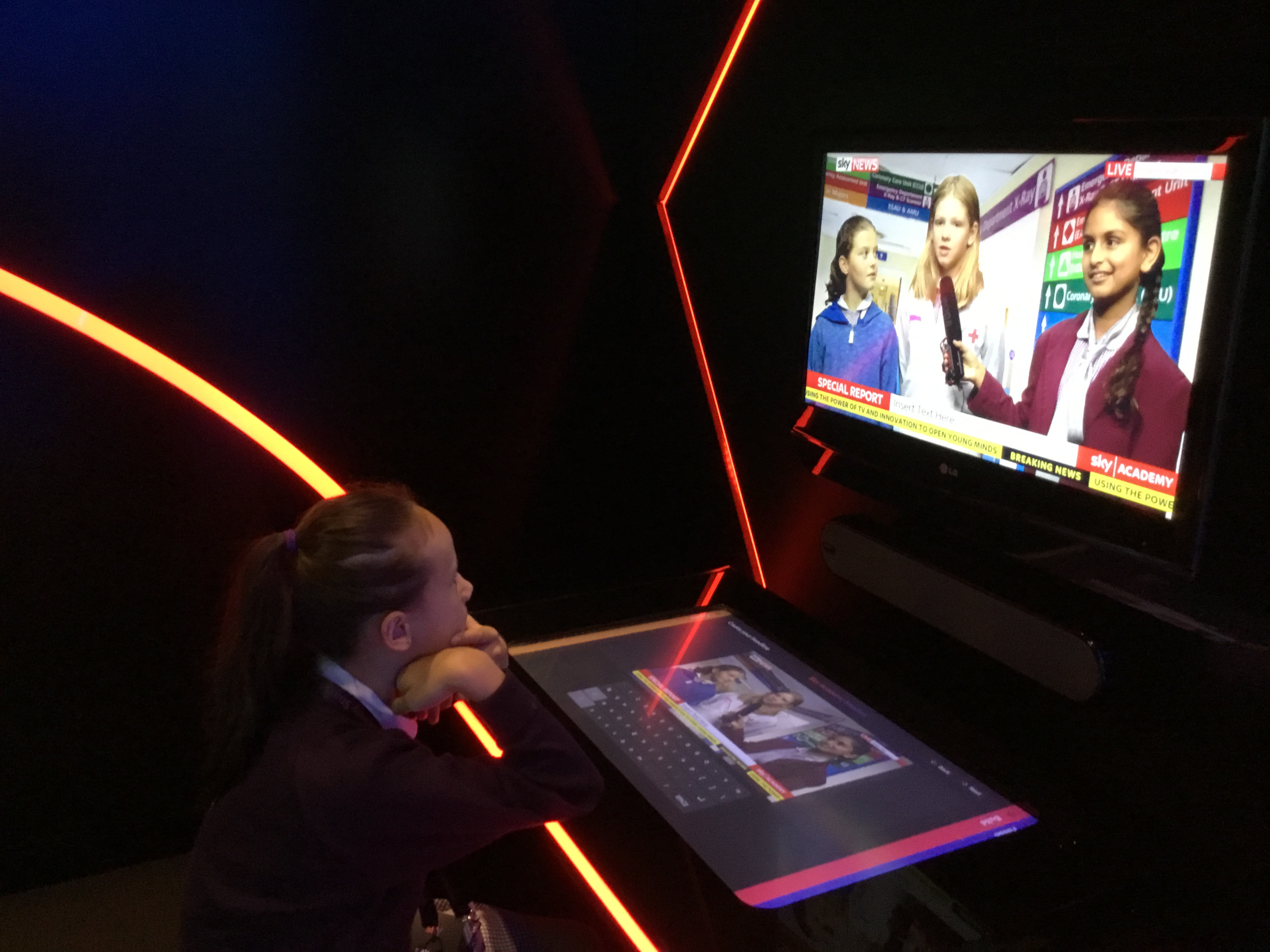 On Tuesday the 11th of September, Y6 went on a school trip to the Sky Skills Studios to take a look at the Tech Summit that was taking place and to film our own news report on the theme of ‘Technology’. When we arrived, we were able to watch a little bit of a movie called Cats and Dogs and then they took us on a little tour around the Sky building. After that we were put in to groups and we got to choose what role we wanted. The roles were – reporter, camera operator, editor, director,producer and experts. We then chose what we were going to be speaking about – our group chose to discuss how technology is helping the medical world. We worked together to write a script for the reporters and to plan where we would be positioned. Later, once we had chosen the backgrounds, we got to choose what we were going to wear. Once we had done that, we started to record ourselves and then edit the clip.

While we were waiting for the report to be put together, we went to see all the people working and filming their live news reports and we got to speak to some of the people who edited news reports. We then returned to the studio to see our final report – it was very impressive! Year 6 had a fantastic time at the Sky Skills Studio and so did all the wonderful teachers and parents.
Natalia

We have spent a great deal of time over the past few years exploring possibilities for the expansion of facilities for p...

On Saturday 22nd of September the girls from netball squad attended a morning of netball at Wycombe Abbey, followed by a...

During the first House Assembly, the House Captains and Vice Captains welcomed the girls and reminded them that House me...

On Tuesday 2nd October Glendower competed in their first ever IAPS Football tournament which was held in Taunton, Somers...